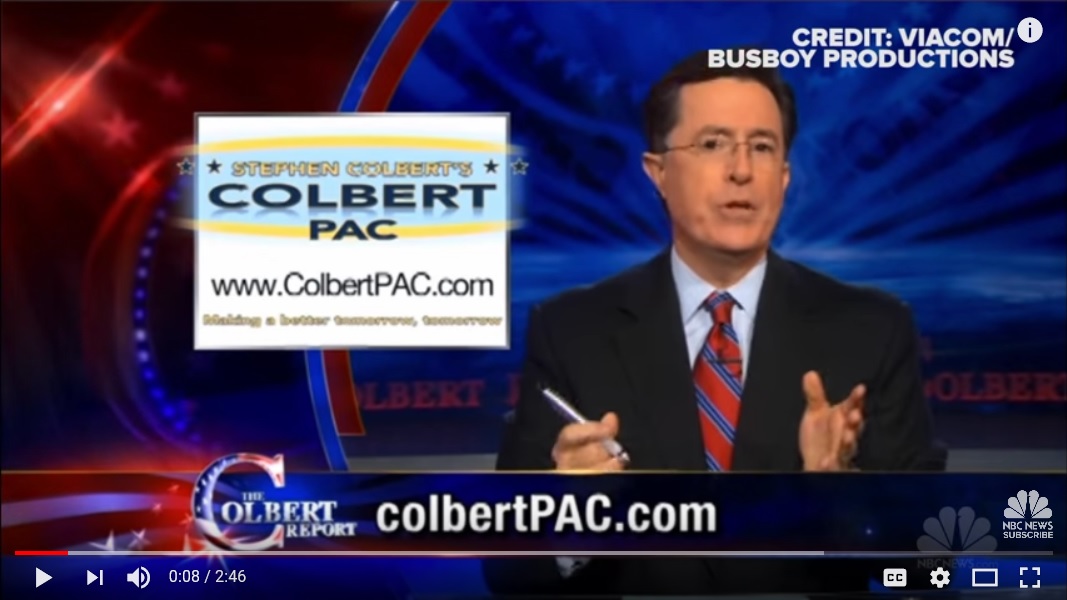 Undaunted Non Coordination comedy video with Colbert not listening to him self without and coordination.

Transcript:
in 2011 back when Stephen Colbert was still playing the mock conservative pundit version of Stephen Colbert. His show launched an actual super PAC called a better tomorrow tomorrow. It was all played for comic effect but there are a few important features of super PACs. That Colbert called out after the Citizens United case Colbert himself exploited the new rules, that govern how political action committees or PACs do business lesson.